The Power of Saying Thank You

Never underestimate the power and influence that muttering these two words can have: Thank You. Today, I was completely blown away by a kind gesture offered by the Customer Support team over @37Signals, the makers of Basecamp, simply because I publicly gave them “thank you” praise for being such a wonderful company.

What triggered the chain of events is that I was simply marveling over how thankful I was that I had a project management extranet tool like Basecamp. It’s my digital brain for organizing projects. Then I wondered how long I actually had been using it. After a quick little invoice digging (which is accessible via my account), I realized this marks the 10th year of my using Basecamp on a daily basis. That’s a long time using one software product with no intentions of switching to anything else for any reason in the foreseeable future. It just works for me. So, I decided to send them a tweet publicly thanking them for such a wonderful tool.

In the screen grab below, you can see my initial tweet at the top, and their response afterwards. 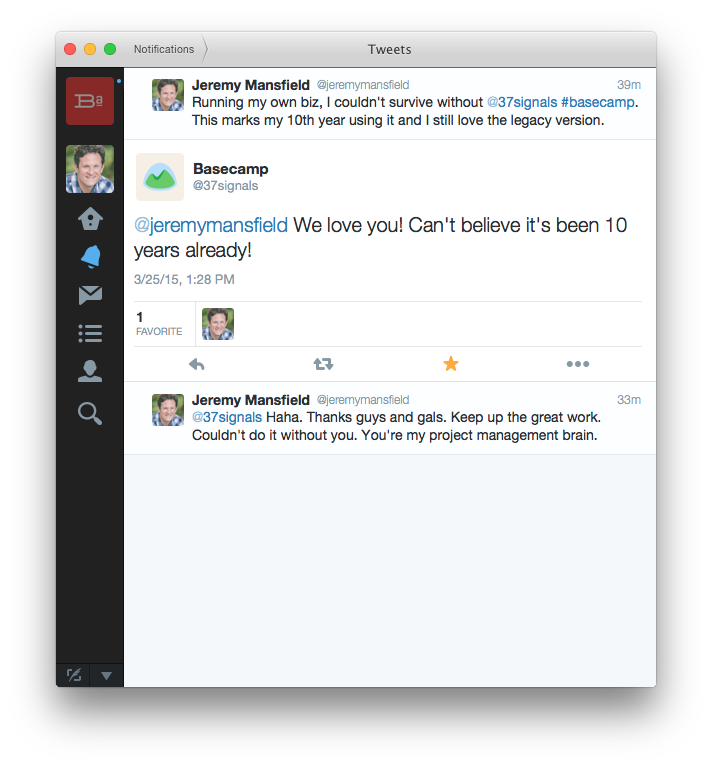 At first, I was surprised by their public response, and thankful for it. But what they did next blew me away. 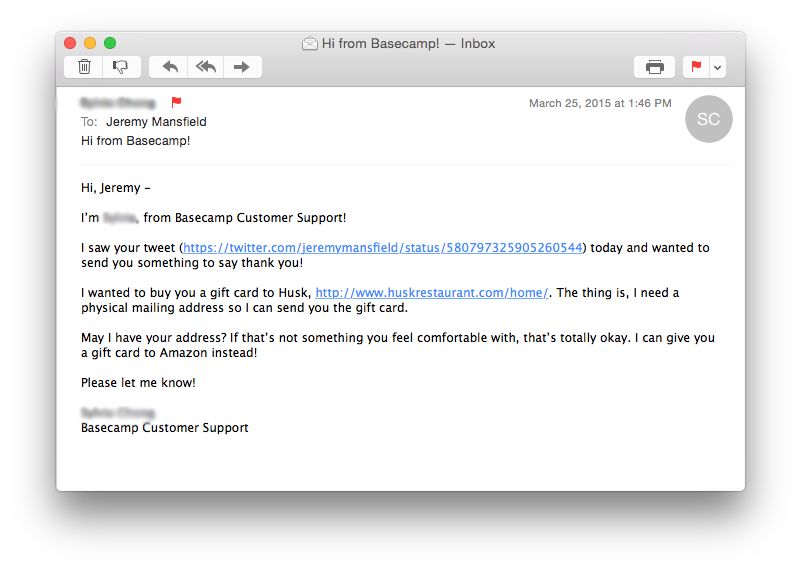 My friend @BillSeaver has been saying (and writing) for quite a while that everything is marketing now. 37Signals gets this, and if you want to survive in an extremely competitive marketplace where the deer now have guns, you need to understand this as well.

Wow this is an awesome story. Love that you were being an authentically good person (as you are) and that gets noticed. Marketers are being smarter about rewarding their advocates.

Thanks, Stacy! Great lesson for us all. Too many times we get in a rush (myself included) and we simply forget to be thankful for what is working for us vs. complaining about what doesn’t.

Join the discussion
Work With Us?